All posts in Uncategorized

The Borough of Flemington approved a 57-page legal agreementwith its designated Redeveloper, identified in the document as Flemington Urban Renewal LLC, on March 13.

Maley concluded,“There appear to be many hidden municipal costs to the Borough of Flemington and to its taxpayers.”

“The agreement is not clear as to who has to pay for any infrastructure costs that exceed $2 million. Presumably, it’s the Borough who will be on the hook,” he said.

“In addition, that $2 million investment by the Redeveloper is not actually coming out of the Redeveloper’s pocket.  Rather, Section 4.4(c) provides that the ‘Redeveloper shall receive an [unlimited] dollar for dollar credit for all Public Improvements to the water distribution system and sewer collection systems … against all water and sewer connection fees.’ And the estimated cost for these systems have not been provided to the public.”

Maley also noted, “Another hidden cost to the Borough is the provision of $1 million in non-recourse redevelopment area bonds.”

“Section 4.6(c) of the agreement obligates the Borough to issue these bonds and to secure payment of the bonds by the execution of a financial agreement.  However, this means that the tax monies that would otherwise be paid under the financial agreement will be diverted to pay back the bonds.”

“In other words, the Borough will not receive over $1 million in additional tax revenue from the project because it will be used to pay back the bonds.”

Maley explained further, “Section 14.1 indicates that if a Financial Agreement is not executed by the parties ‘after a reasonable amount of time …’ then the parties can mutually agree to terminate the Redevelopment Agreement.”

“This language, coupled with the fact that an urban renewal entity is executing the Redevelopment Agreement, indicates that the Borough is contemplating a long term tax exemption.”

“There has been no fiscal analysis to determine what the impact of the proposed project will be on the schools and upon municipal services,” Maley concluded.

Flemington Borough officials have stated previously that the Union Hotel block redevelopment project would incorporate a Payment In Lieu of Taxes (PILOT).  Declaring the project tax-exempt absolutely means that all other taxpayers in Flemington will pay more in their municipal, school and county taxes.

The extent of the tax increases created by the exemptions to be granted under this agreement are uncertain not just for Flemington Borough residents, but for taxpayers throughout Hunterdon County who would shoulder any shortfall needed to fund county tax obligations.  Residents countywide would be wise to contact their County officials to better understand how this Redevelopment Agreement will impact their taxes.

The Friends of Historic Flemington supports adaptive reuse of the county seat’s historic buildings. The Friends believe the Union Hotel and three adjacent buildings in the heart of the borough’s historic district can be a productive, financially feasible part of any redevelopment. Redeveloping the Union Hotel and its surrounding properties allows the Borough to build its future by restoring our past.

Celebrate the spirit of Mardi Gras when Marshall’s Dixieland Jazz Band presents “Dixieland Jazz at Stangl Stage” on Saturday, Feb. 25, from 8 to 10 p.m., at 50 Stangl Road, Flemington. Masks and beads are welcome!

The concert will benefit Friends of Historic Flemington, a grassroots organization of concerned citizens focused on saving the town’s cultural heritage through adaptive reuse of the existing buildings along Main Street.

A silent auction will accompany the concert. Doors open at 7:30 p.m. for auction preview and bids.

Marshall’s Dixieland Band plays Dixie standards on authentic instruments. Each performance is a unique experience. Their inspirations are Louis Armstrong, The Dukes of Dixieland, Al Hirt, and Pete Fountain.

The band is comprised of well-seasoned musicians from central New Jersey, including regulars Rod B. Anderson of Princeton on clarinet and reeds; Warren Buckleitner of Flemington, cornet and trumpet; Henry Dale of Princeton, banjo, guitar and vocals; George Dougherty of Lawrenceville, trombone; Charley Huck of Somerville, piano; Jerry Gerard of Monroe Twp., drums; and Tom Spain of Skillman, tuba.

Tickets are $25 per person in advance, $30 at the door. Purchase at Stangl Factory Farmer’s Market every Saturday from 9 a.m. to 3 p.m; online at Eventbrite.com; or by contacting Joanne Braun at (908) 268­6638. Visa, Mastercard, American Express and Discover Card accepted.

We are seeking donations of high quality items, services and experiences for the silent auction. Please contact Gary Schotland at (908) 507­2708 or gschotland@gmail.com for further details.
The Friends of Historic Flemington believe the demolition of the Union Hotel and three adjacent buildings in the heart of the county seat’s historic district is unnecessary. We advocate for the adaptive reuse of Flemington’s significant historic buildings, including the Union Hotel, as critical components of a thoughtfully designed and properly scaled downtown development. 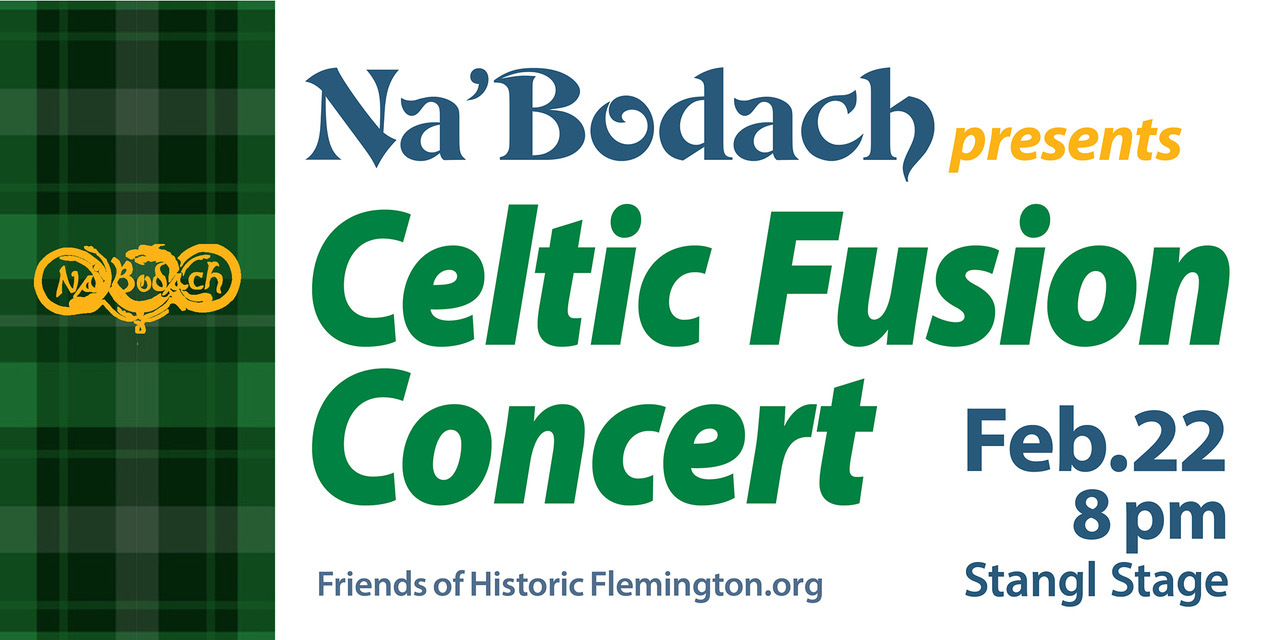